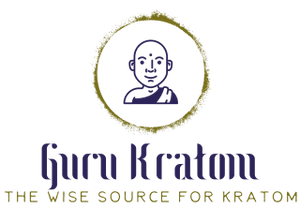 Here's how I fell in love with kratom....

It Saved my Life

In 2016, I became divorced from my husband of 17 years and left what some would call an "intentional community of believers", others would call it a "cult",.... and for the first time in my adult life, I was able to have what most people would consider to be "normal" privileges of the adult life--things like thinking for myself, having my own opinions, managing my own to-do list, not having to report my whereabouts moment-by-moment to someone in authority over me, and just being able to be ME!

Some may assume that this time would be one that was chock full of celebrating, experiencing a renewed love for myself and my wholeness as a complete being all by myself, or even just a relief from what could be described as a basically tyrant situation.

But unfortunately, I found myself friendless and made to feel guilty by almost every longtime friend I had had my entire life.  Much guilt that I was being drug down with and burdened with was self-inflicted, but MUCH was also overtly put on me by all these others who judged the situation without actually knowing what life was like behind closed doors for me from age 19-36.

It didn't take long for me to buckle under all of the guilt and confusion and utter handicapped-in-life condition I found myself in. How do I get my own car insurance policy? How do I pay my bills while budgeting and being punctual in a responsible manner?  What do I THINK about politics?  What do I THINK about religion?... When I married the tyrant, I was robbed of the ability to think for myself, form opinions of my own, or even disagree outwardly with him.  If anyone ever did, there was always hell to pay.

I really had not even grown into being a fully functioning woman by 2017 mostly due to the marriage dynamics, and I certainly didn't know how to deal with starting over completely in life at age 36.  I was excommunicated by most people I knew and left to figure out life for myself.  But I persevered in an attempt to BECOME a whole person somehow, motivated by the fact that I KNEW there was a better way for myself and my three boys to live.

I DID buckle under this position of freedom I had flung myself into, and it didn't take long for me to start drinking LOTS of alcohol to numb myself and try to find a way to escape this scary world I found myself all alone in.  There seemed to be SO many life skills I looked around and saw others my age possessing that I knew I didn't possess, there were so MANY temptations I was faced with that just had not been "allowed" in my marital home and I was quite drawn into a lot of them.

Over the time of a year and a half or so, I had developed a really bad drinking problem.  My brain's chemistry had even changed to the point that I would blackout almost EVERY time I drank liquor.  I made all kinds of horrible decisions I would either not remember or would regret the next morning.  All because of my abuse of alcohol.

THE ROOT OF IT WAS PAIN.  LOTS AND LOTS OF PAIN THAT IT HURT TOO MUCH TO FACE.

In February 2018, I went into my first "kratom bar".  I knew I wanted to quit drinking alcohol, but by that point in my life, I had zero friends who didn't drink and the ONLY place we hung out was at bars, bars that sell alcohol.  I went into the kratom bar more as a joke than anything....

I fell in love with the effects of kratom right then and there on the barstool at the  kratom/kava bar in my hometown.  I can literally say that kratom changed my life.

I quit drinking alcohol completely, and began using kratom powder three times a day.  I found the magical powder to bring me a very calm energy, and a boldness to be CONSCIOUS and to deal with all of that PAIN that had been trying to get out for so long.  I began chipping away at my psyche and slowly but surely, due to kratom, I began to be able to function in life as an independent adult for the first time in my entire life.  I was 39.

Soon after I began experiencing the great benefits of the leaf in my life, I decided that I wanted to share it with others.  I couldn't stop talking about it.  Those who know me instantly saw a difference in my life habits, my demeanor, and I found such a stillness and peace that I really NEEDED in my life.

People often ask me, "What is kratom used for?  Why do people take kratom? What is kratom used to treat?".  I have experienced kratom meet a need in my life that may be very unique from another person's need.  That's why my response is always, "Just about everything!"

Eventually, I decided that I wanted to share kratom with the WORLD, so I started Guru Kratom.  This business is one that is very near and dear to my heart, and I hope it will become that way to you, too.

Copyright © 2018 Guru Kratom - All Rights Reserved.  None of the contents of this website have been evaluated by the FDA.  Any use of the products from the site is not intended to treat, prevent, or cure any diseases.  Always use caution and consult your physician.  Ethnobotanicals are not approved for human consumption.